June 29, 2019: Thank you to everyone who was able to get to Irene's to see my latest show--"Legends". I appreciate the support and all the kind words.
June 3, 2019: The vernissage of my latest solo show--"Legends"--takes place at Irene's Pub at 885 Bank St. the show continues until June 29th, 2019.
April 2018: Joel Haslam from CTV's "Regional Contact" filmed a segment featuring my artwork. To see the story, click on this link:
​https://ottawa.ctvnews.ca/features/regional-contact/regional-contact-archive?clipId=1361825
January, 2018: The "Icons 3" show has now closed. Thank you to everyone who visited the show at Irene's and a big thank you to those who supported me by purchasing a painting or ordering a commission--much appreciated.
December 2017: The "Icons 3" show has been once again extended. The show will now wrap at the end of January.
December 2, 2017: I'm very pleased to say that Irene's has extended the Icons 3" show until December 30th. Several pieces have sold and I've installed new works. If you haven't had a chance to check it out yet, there is still time.
November 13, 2017: Thank to everyone who was able to attend my vernissage / opening tonight. I appreciate the support and the kind words.
November 12, 2017: 2018 calendars are now available for $15.00. Contact richard.king.artwork@gmail.com or call 613-822-2459 to secure your copy.
November 5, 2017: "Icons 3" is currently on display at Irene's Pub. the vernissage will take place on November 13th from 7:00-9:00 p.m. Hope you can join me then. The new 2018 calendars will be available for sale.
January 3, 2017: Happy New Year! The "Icons 2" show at Irene's has ended. Thank you to Irener's for once again hosting my work and thanks to all of you who were able to come out to see the show. I appreciate your support and kind words.

I am currently experimenting with different materials in some new, larger works. I hope to have something for you to see in the upcoming months, provided my experimentqation proves fruitful.
December 15, 2016: The "Icons Revisted" show at the Red Poppy Gallery has been taken down. Thanks to everyone who shared their feedback about those pieces.
December 14, 2016: Thank you to everyone who purchase a 2017 calendar of my artwork. This year's run is now sold out. Cheers!
December 5, 2016: Thank you to everyone who was able to make it out to the "Icons 2" vernissage. It was great to see so many friends there to support me and my artwork.
November 27, 2016: "Icons 2" is installed at Irene's Pub, 885 Bank St. The show will be there until January 2, 2017. Unlike most shows at Irene's and because it is Christmas time, anyone who buys a piece can take it away right away.
October 2016: Just finished setting up the "Icons Revisited" show at the Red Poppy Gallery (103 Malvern Dr., Nepean, ON) for October and November. The Red Poppy Gallery is located on the second floor o\f John McCrae Secondary School, adjacent to the library.
September 2016: Arrangements have just been finalized to stage my next solo show entitled "Icons 2" at Irene's Pub (885 Bank St.). Like the first "Icons" show, it will feature portraits of musical artists that I admire and respect. The show will run from November 27, 2016 until January 2, 2017. The vernissage will take place on December 5th from 7:00 to 9:00 p.m.
December 2015: 2016 calendars of my most recent work are now available for $15.00. Contact me at richard.king.artwork@gmail.com or at 613-822-2459 if interested.
November 2015: Just dropped off six of my abstract pieces at the Shenkman Centre in Orleans for a group show entitled Baz'Art which will feature the work of twenty-two local artists between November 28th and December 10th. Admission is free.
October 2015: Just in time! The Neat Cafe closes its doors the day after paintings removed. See article in the Ottawa Citizen: ​http://ottawacitizen.com/entertainment/music/neat-cafe-closes-after-disappointing-festival-turnout
October 2015: A "little bird" mentioned that the Neat Cafe might be in some financial distress so a decision was made to end the "Icons" show early to ensure the safety of the paintings hanging there.
September 2015: Twenty-two paintings from the "Icons" music series are now on display at the Neat Cafe in Burnstown, ON. including the new "Blues Brothers", "Santana Snake" and "Behind Blues Eyes" among others. Burnstown is located between Ottawa and Calabogie. DIRECTIONS: http://www.neatfood.com/location
December 2014-January 2015: I have recently been collaborating on the development of a children's rugby book. I've completed over thirty watercolour and pen illustrations fort the project and it will hopefully be published by the spring. Stay tuned for more details.
December 8th, 2014: A selected number of original pieces are now on display at UP'D Furniture which is located at 1098 Somerset St. ﻿ Check it out if you get a chance. ﻿
November 4th, 2014: The "Icons" show is now underway at Irene's Pub on Bank St. The vernissage took place on Monday, November 3rd and was a great success. Photos of the event are below. Thanks to everyone who was able to attend. Thanks also to those of you who purchased paintings or other products. Your patronage is most appreciated. 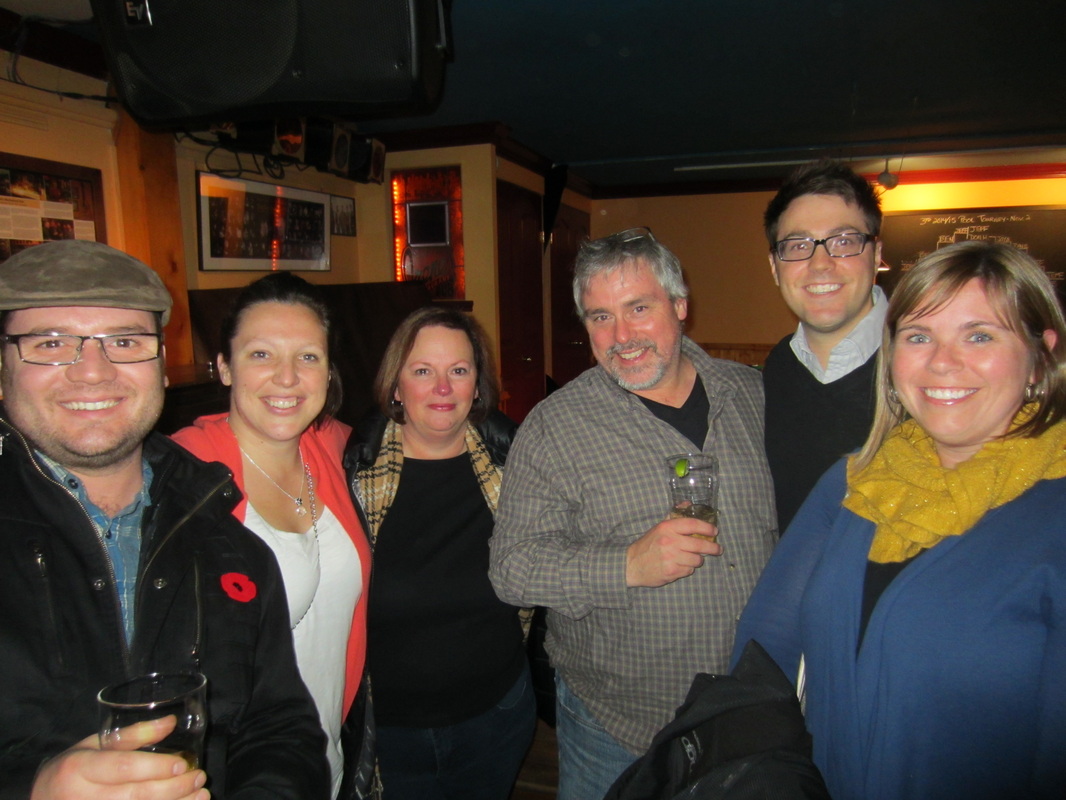 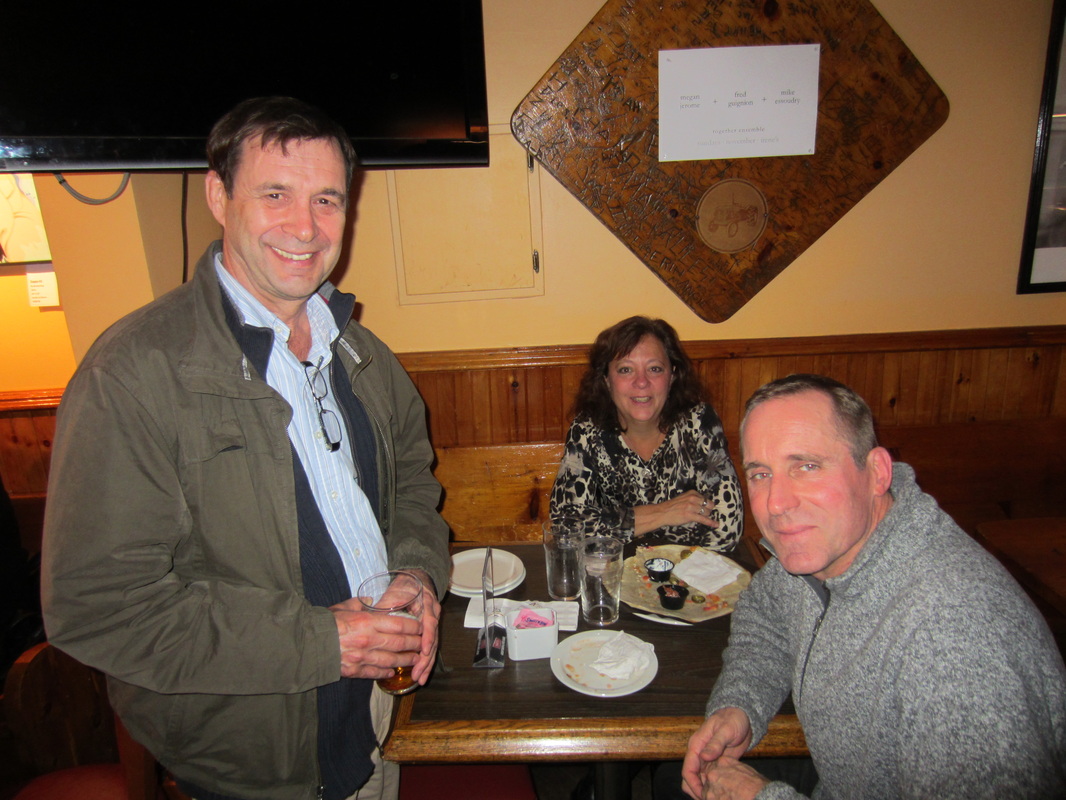 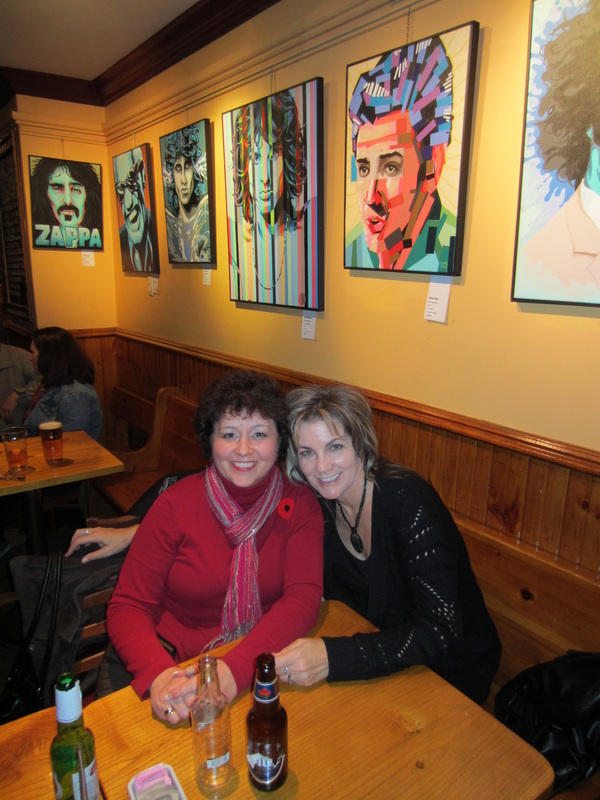 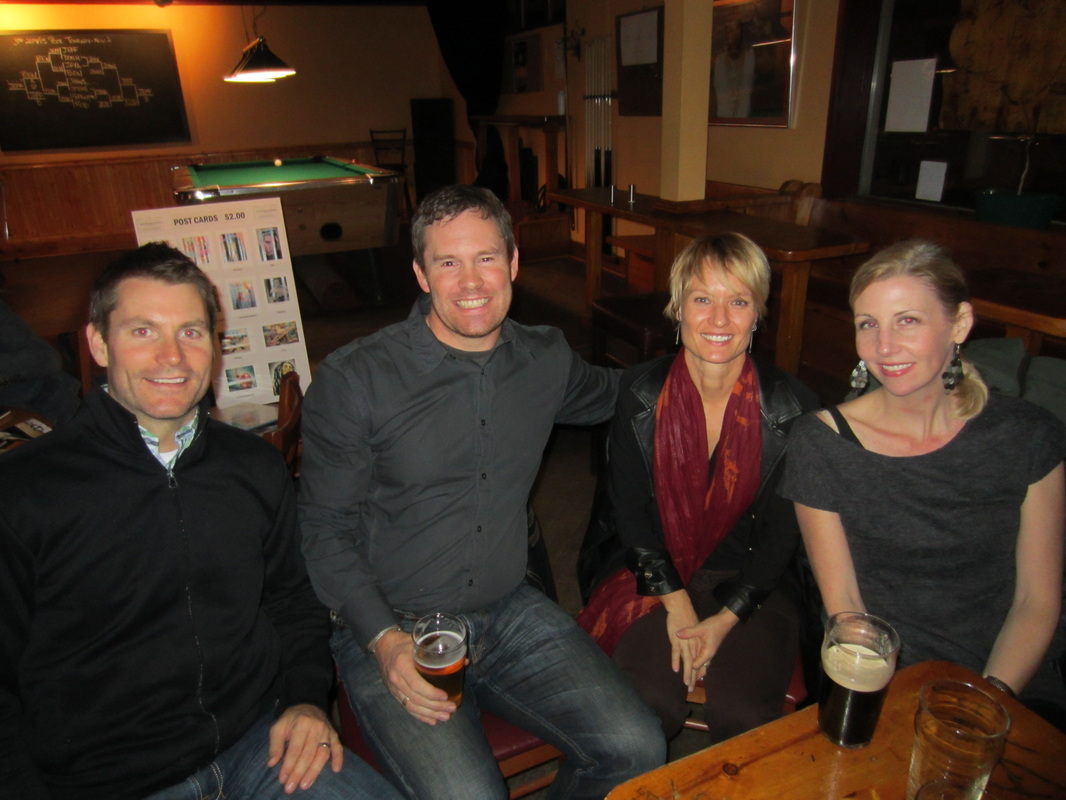 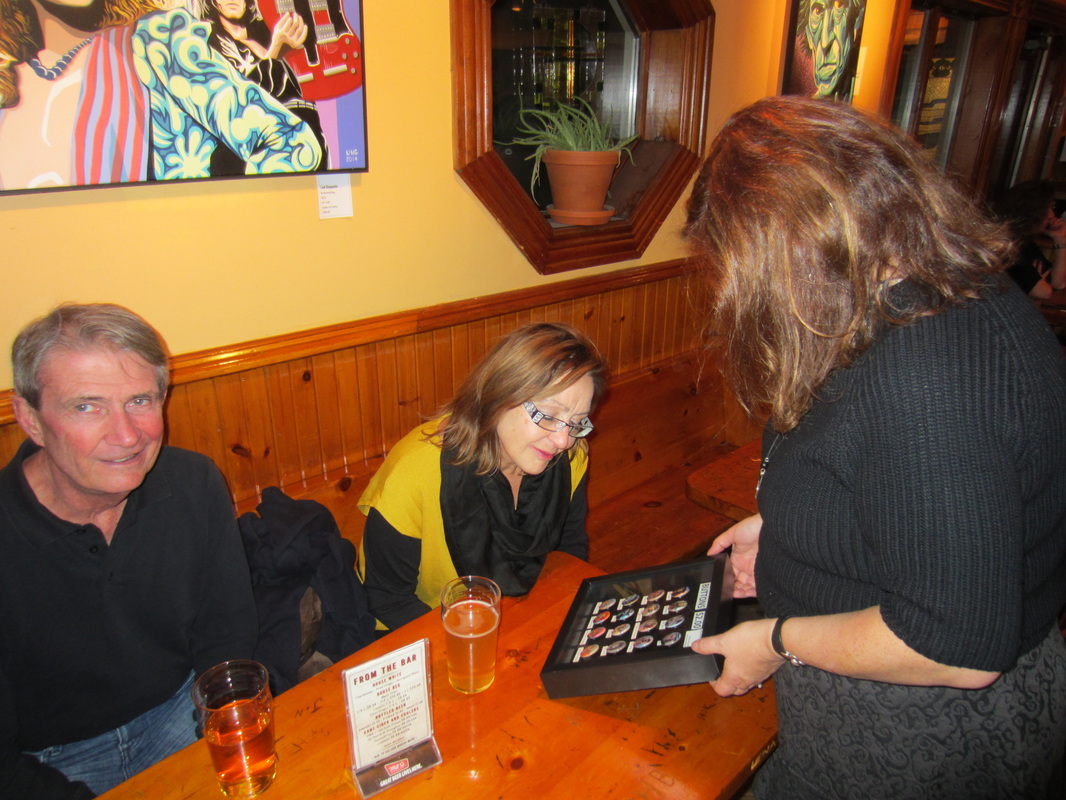 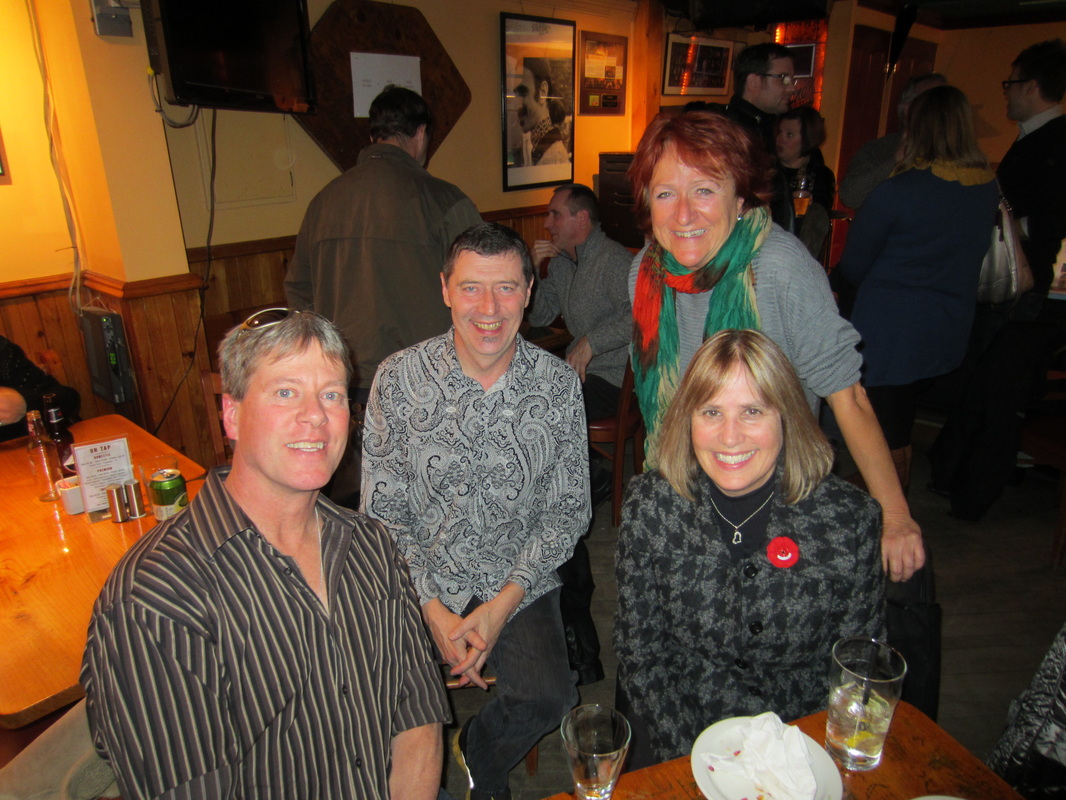 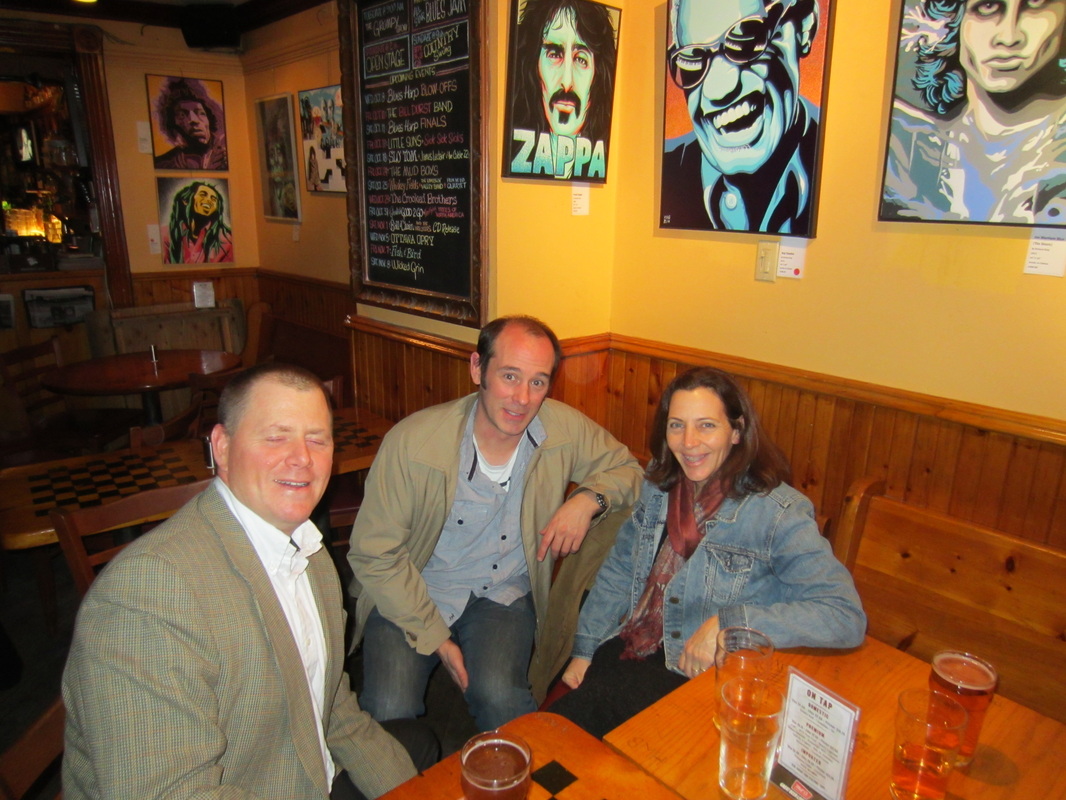 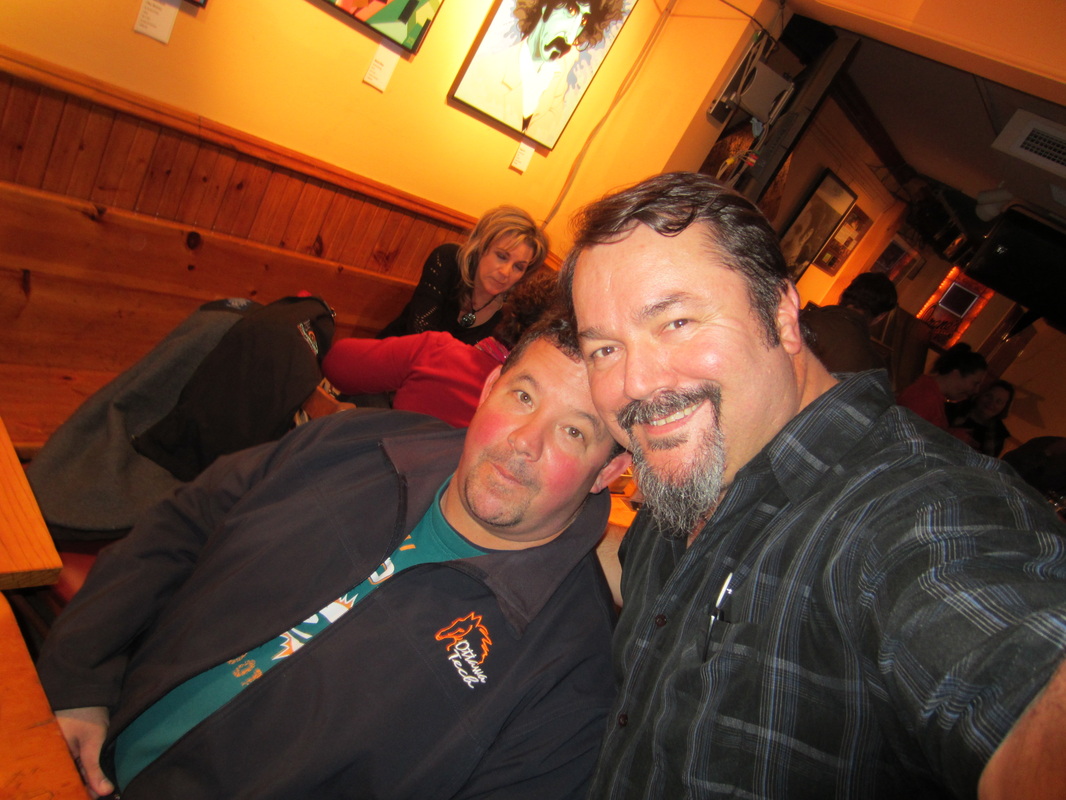 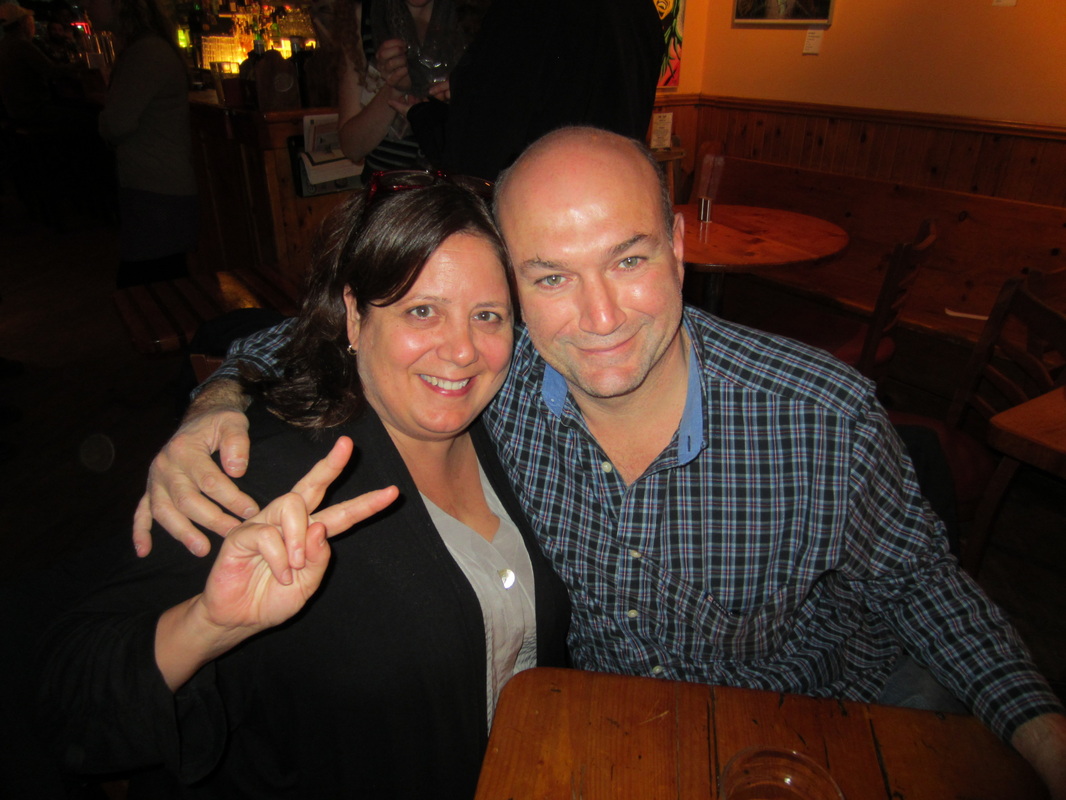 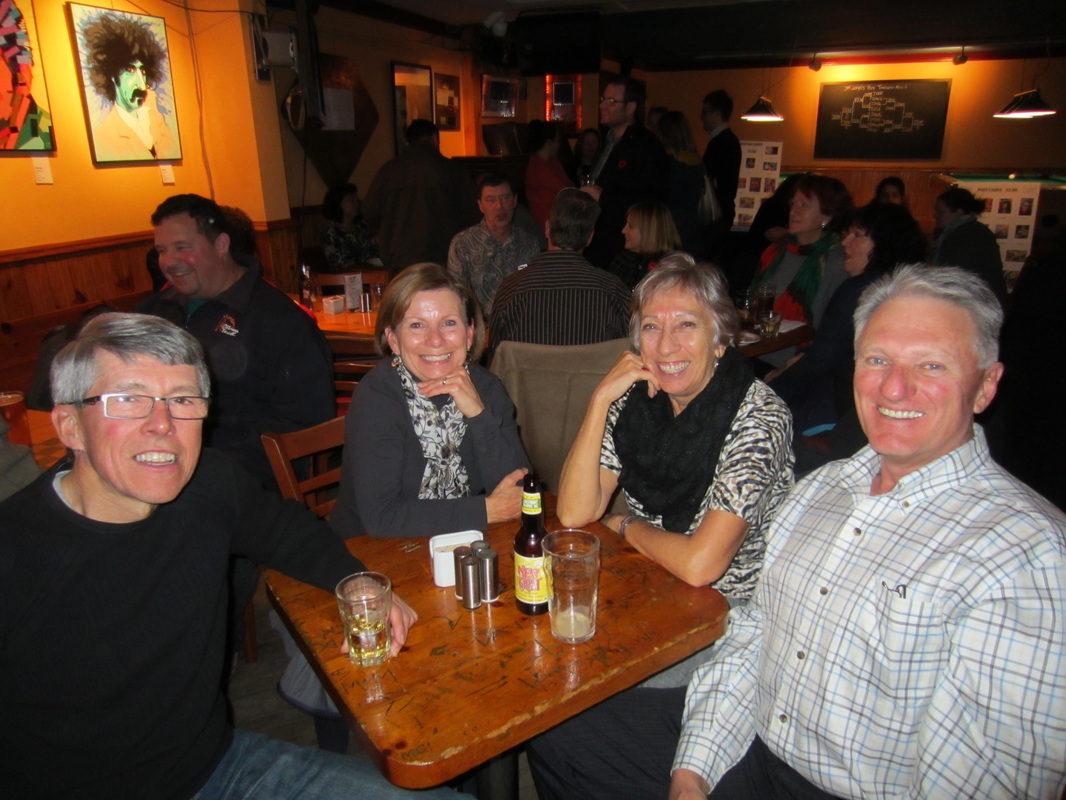 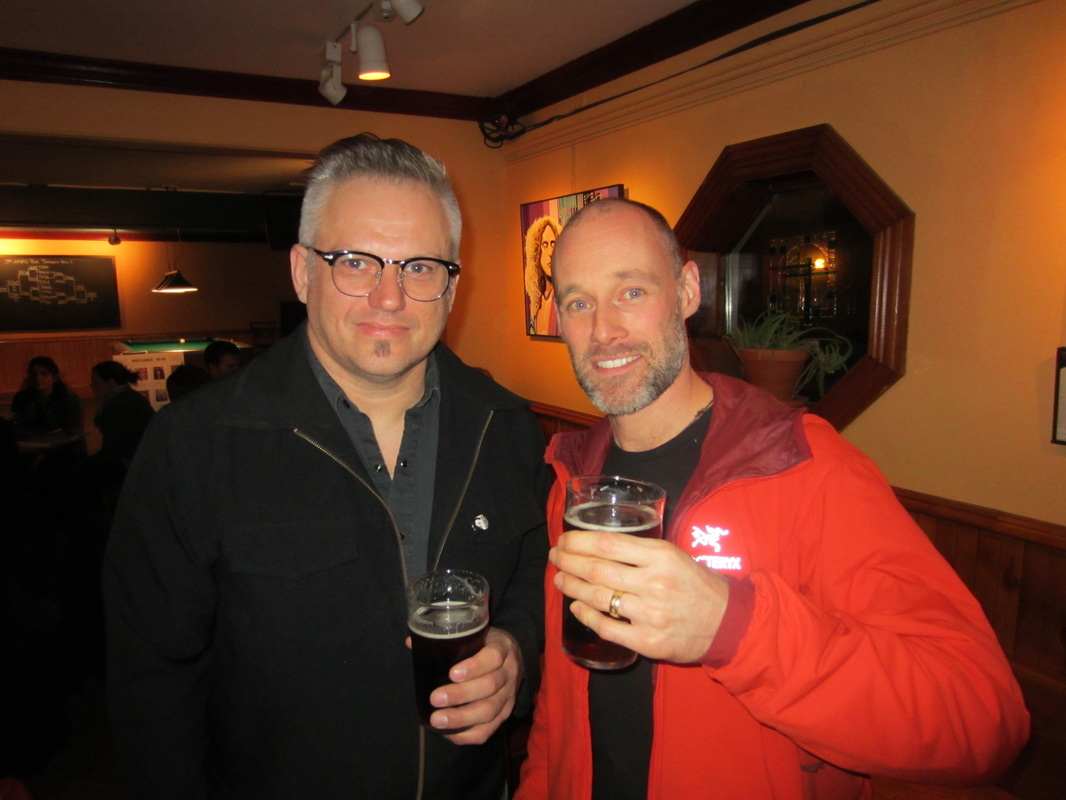 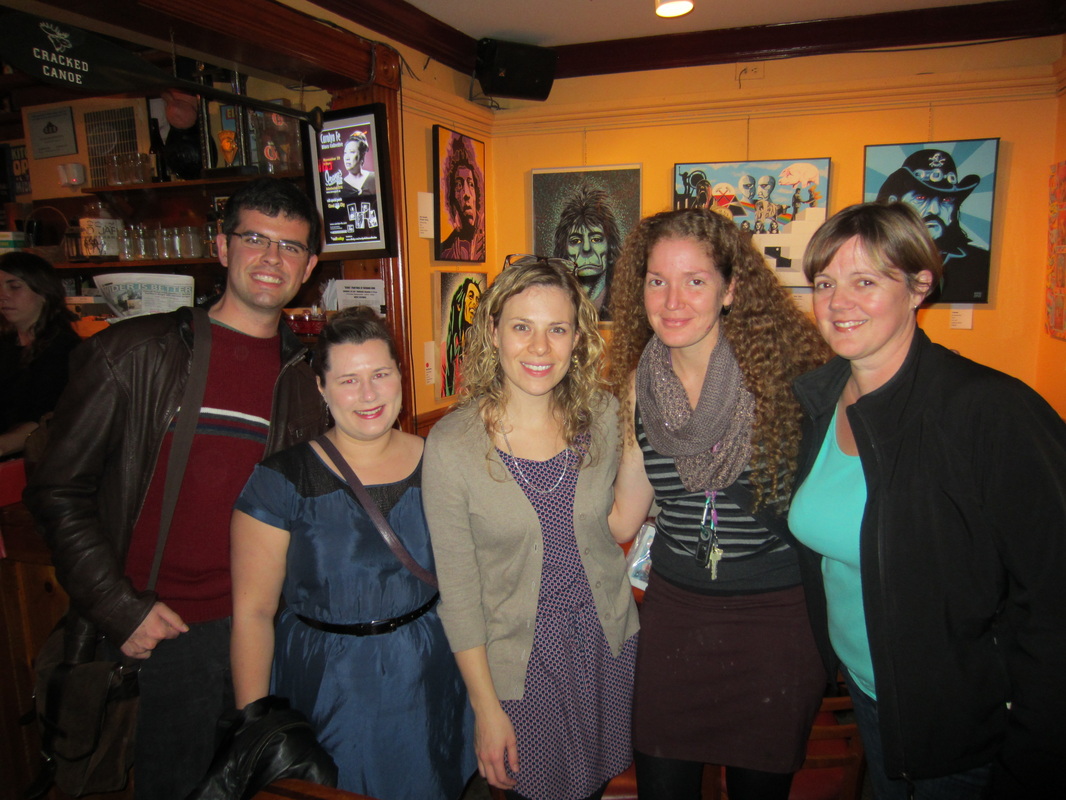 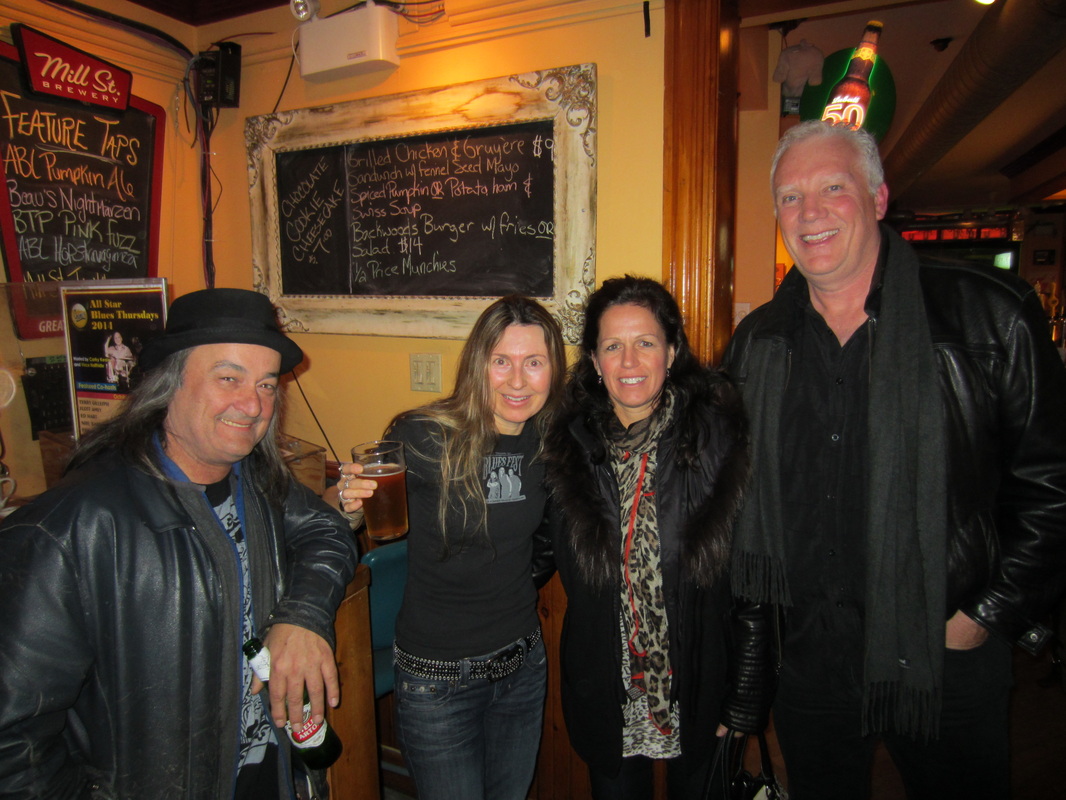